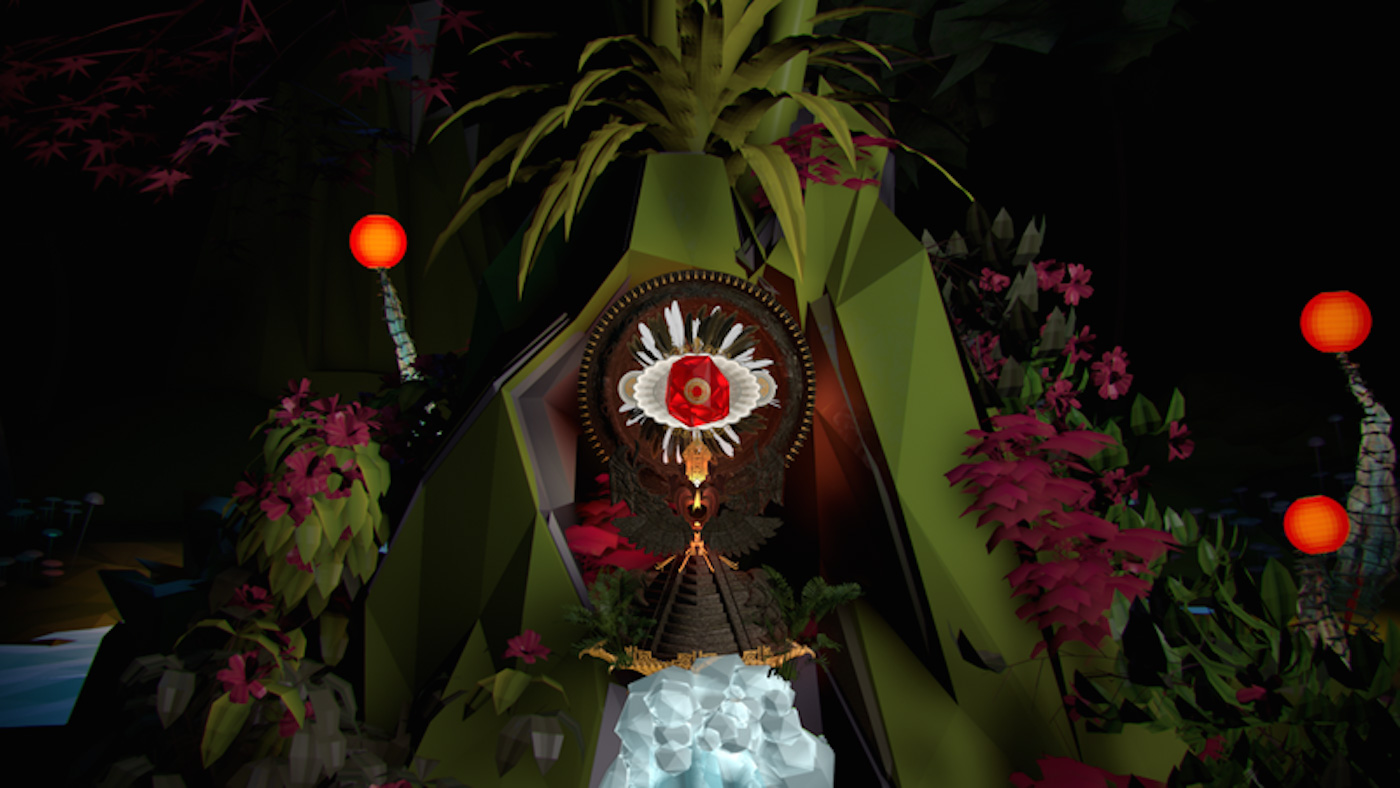 Posted at 20:47h in Copy Writing by Rajesh Punj

Attending the Ecole de Recherche Graphique in Brussels in 2002, before moving to London in 2006 to read an MA in Communication Design at Central Saint Martins. Adopting the city as his own, Eric Schockmel initially exhibited between London and Luxembourg. Thereafter developing an incredibly sophisticated platform for his animated artworks internationally. With his technological masterpieces at the cusp of the creative industries, science and technology, Schockmel’s work recalls something of the collaborative ideals of 1967 group Experiments in Art and Technology, which included Robert Rauschenberg and Robert Whitman. As his animated entities appear as equalled measured as music videos, multi-screen installations, high-tech commercials and wannabe video games. Describing “motion graphics as an opportunity for storytelling”, Schockmel is interested in the collaborative qualities of working with other designers, animators, scientists and software developers, and the potential of sampling sound, in order he can arrive at something original.

Conscious of the spread of new technologies upon the lives of the individual, Schockmel’s advanced visual prophecies come as a consequence of a culture of excess. Whereby our want of American science fiction and Gucci-can only be temporarily unbalanced by an online assassination attempt in Nigeria; that comes from a proliferating war in the Middle East. And this kind of variable intensity of remote experience, by which we are entertained as much by staged comedy as we are by the relentless sound of gunfire; suggests something of a new kind of ungovernable reality. And such variable circumstances become the platform from which Schockmel’s work appears to address our greater subservience for a more mechanised experience. Which have us exchanging reality for make-belief and vice-versa. As Schockmel explains something of the fallout of believing entirely in the future; “the animations, are dealing with the possible outcome of technology we are using and developing. And most of these consequences are probably unanticipated at this point.”

Currently exhibiting at the Casino-Forum d’Art Contemporain, Luxembourg, with a jarring juxtaposition of carefully crafted projections set against concrete. Schockmel’s animated sequences are sited in the underbelly of the gallery, where Macrostructure’s light deprived graphics glow with a technological charge that proves almost mesmerising. From within the basement of the gallery, in which walls and pillars fashion a bunker styled space, Schockmel’s individual films read like commercials for future technologies, in which all human presence is jettisoned entirely. And tellingly when discussing the installation, what becomes interesting for Schockmel, was the opportunity to introduce a number of works in close proximity to one another. Allowing for sound spill, and as the artist intended, for an accumulative aura to penetrate the audience’s sub-conscious, in order that they are positively disturbed by the machinery of the works.

Schockmel explains how his work profited from the very elemental spaces. Suggesting “what is really interesting about the Casino is that down here we have a very industrial structure, and we have very interesting conditions for sound; because the sound between these rooms, and the (projected) machines overlap.”

Works of significance include The Shrine 2014, which is elegantly esoteric in appearance. Emerging from the tonal darkness like a biblical landscape, where upon technology delivers its vision. The Shrine which is part of the What If You Created Artificial Life And it Started Worshipping You series, with its emotive sound track and idyllic natural rhythms appears to pay homage to the tranquillity of an alternative dreamlike setting. In which the animated wildlife, the rippling turn of translucent water unsettled by a rolling waterfall, the Japanese styled carpeted islands and protruding rocks, are all backdrop to a series of illuminated lanterns that twist and turn on their elevated axis, like alien figures looking to mate. Resembling something of John Wyndham’s mobile triffid plants, the more intriguing these elongated nucleuses appear as they hover over the serene landscape, the more encompassing their appeal. Schockmel’s earth coloured palette and the depth with which he manages to extend the landscape out across the screen, makes for a remarkable piece of story-telling. In which the constructed world becomes entirely plausible by the time it arrives at its closing sequence.

Feathered Serpent 2014 is another part of the What If You Created Artificial Life And It Started Worshipping You series, which appears as a sophisticated take on an alternative life source. Entirely forensic in appearance, set against a skin of brilliant white, cushioned by the rhythmic hum of a technological heartbeat; Schockmel’s animated entity reads like the closing moments of a new science fiction film. In which the anatomical arm elevates this precise symmetrical hub of automated petals that collectively protract, revealing a penetrating eye. All of which is elegantly encircled by a series of rotational rings that resemble Saturn’s planetary system in orbit. Spreading out to touch the edges of the screen, these dot and dash circles run in opposition to one another like helicopter blades, as they effectively animate the central axis. Giving the encircled merry-go-round an arresting appeal. And as the central narrative, when a precise number of rotations are complete the outer rings disappear from view as proficiently and very effectively as they originally appeared. In order the automated arm can draw the central hub back in on itself and balance is restored.

Equally spell-binding is The Vision 2014, for its animated complexity. Resembling the rotational charm of a child’s kaleidoscope tube, in which the patterns positively expand and rotate beyond all recognition. Schockmel’s work is centred by an ornate alter piece from which everything else emerges. At its tip is a revolving ruby coloured stone that turns in its axis, in front of a cushion of bird features. And at its base are a series of steps that leads to an eternal flame, from where the works generative energy appears to come.

Darker Lost Holon In A Portal Loop 2014 is a work that generates a certain level of unease, as these mutant incarnations appear to drop from one illuminated portal into another. Set against a dense layer of black, it becomes impossible to reference anything of the world outside, artificial or otherwise. Thus what centres your imagination are these episodes of animation, in which a blue sphere of light appears and disappears, creating a point of entry and beneath it a point of exist, into and out of this transitory space. That has the audience transfixed for a moment. Deliberating over whether these clandestine creatures are falling into or out of a lesser predicament. The slick technological edge of this work comes with Schockmel’s signature use of an automated soundtrack that suggests that what might appear as one-dimensional, is fact a work of incredible depth and tonal atmosphere. The repetitive sequence of one mutation falling into this sliver of space and out of it, followed by another; returning between the two, becomes almost hypnotic. As the illusion of unqualified space and unfathomable depth serves to illustrate just how well Schockmel creates these futuristic animations. Works that we as spectators are as much attached to, as we are detached from.

Eric Schockmel’s three dimensional works for the What If You Created Artificial Life And It Started Worshipping You, shown at Casino Luxembourg appear as detailed universes in which he creates enclaves of animation that lead to these technical but very tender sequences. Life-affirming in their atmospheric tension, Schockmel’s short animations serve to demonstrate that he seeks to address a whole series of very complex and equally compelling ideas via the compass of animation. Not least the technological singularity’s effect from artificial intelligence, first discussed by Historian Henry Adams in the early 1990’s. The controversial advances of bioethics, and the sustained interest for primal worship; addressing the balance between man and nature. Delivering art as science fiction Schockmel’s work appears to demonstrate that there is a central life source at the root of everything. And that however sophisticated such mechanised scenarios become, that there is an elemental energy that furnishes all life. Significantly Schockmel’s video-game aesthetic references a future in which technology can potentially become sophisticated enough to allow for the birth of automated organisms, that themselves evolve the sentience of their own self-awareness, and subsequently start to worship their creators. Schockmel’s visionary work takes us on a profound journey that is as technologically trusting as it is aesthetically attractive.