Out of Nothing – Berndnaut Smilde interview 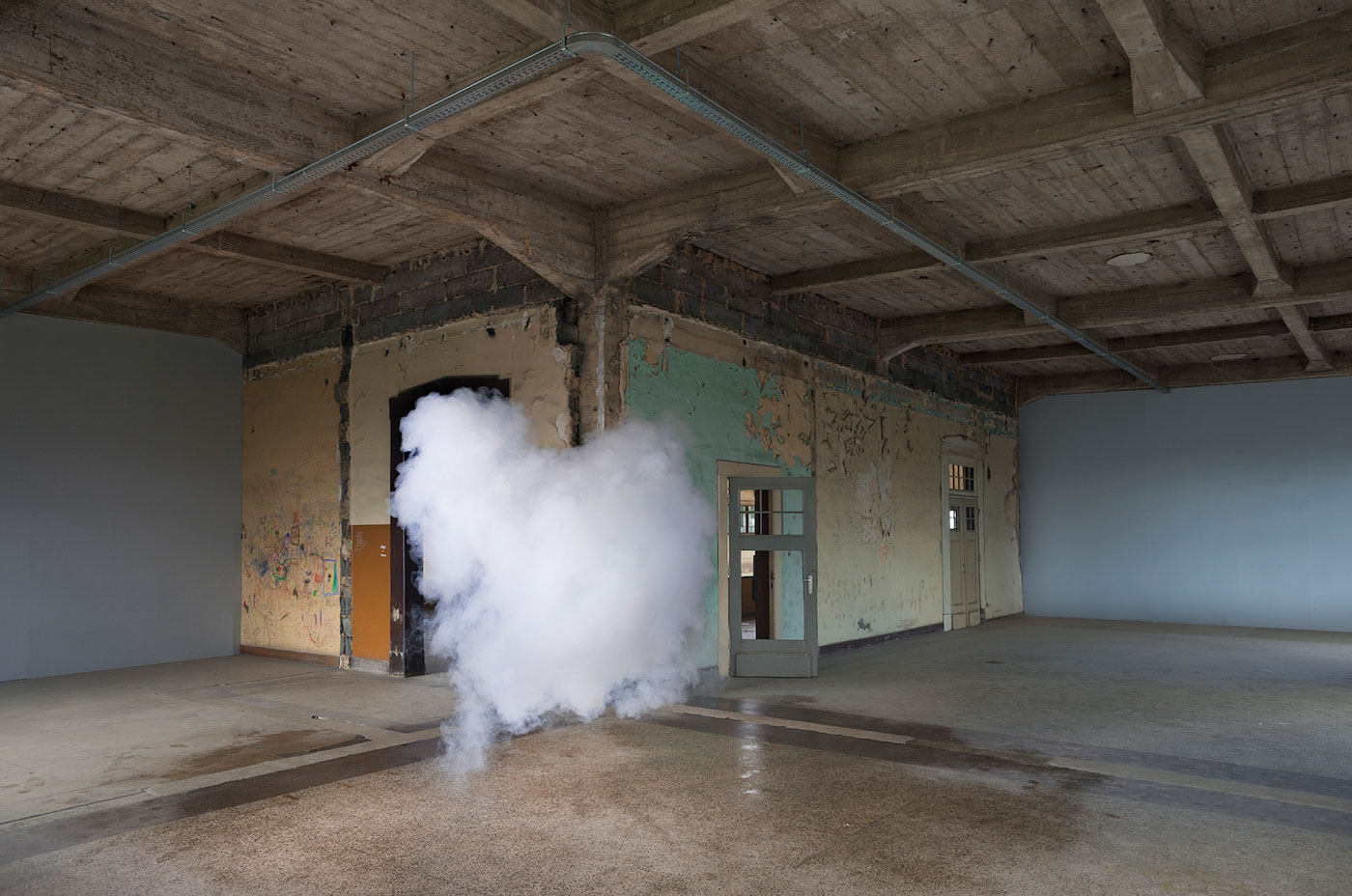 24 May Out of Nothing – Berndnaut Smilde interview

Posted at 14:05h in Copy Writing by Rajesh Punj

Having studied fine art at the Hanzehogeschool, Groningen, (one of the northern provinces of the Netherlands), Smilde settled in the capital Amsterdam. Establishing his practice and conceiving of artworks that have a delicate demeanour about them. Almost transparent in their simplicity, the artist’s calculated cloud photographs and inventive sculptures appear determined by more ephemeral belief systems; that settle upon society like intangible nuances that shape the weather. Likened to a magician conjuring ideas out of the sky, Smilde is enchanted by the elemental atmosphere that shapes everything, and the allure of the ideal delivers the basis for what he attempts to capture in his work. As an artist Smilde has expressed an interest in the ‘construction and deconstruction – of materials and architectural elements’; as an examination of the permanence and impermanence of the uncertain states of being. And also eludes to what is behind the curtain with his work, with the idea that ‘the prospect is often just a facade in my work dealing with questions about perfection and the ideal’. Exhibiting at Ronchini Gallery, (2014), previously at the Process Room, Irish Museum of Modern Art, (2008), and Bunker Project, Galerie West, The Hague, (2010). And with group shows at Galerie Boven de Bank, Groningen, (2001), Nofound Photo Fair, Paris, (2012), Art 13, London, (2013), Saatchi Gallery, London, (2012), and Somarts, San Francisco, (2013); Smilde has successfully turned ideas into inventive works for an international audience.

Rajesh Punj: For an audience less familiar with your work can you initially introduce us to your approach and practice?

Berndnaut Smilde: My work consists of installations, sculptures and photographs. I often work corresponding to the site; reacting to the architecture or history of a given location. A lot of my work centers on aspects of duality, the landscape, and one’s position as a viewer. Just as my cloud works (Nimbus) build up and fall apart at the same time, my installations and sculptures question construction and deconstruction, size, temporality, function of materials and architectural elements.
RP: Your artificial cloud images have become your signature works; what are you intending by these works?

BS: I see them as temporary sculptures, made of almost nothing, balancing on the edge of materiality, an image of prospect in an empty (exhibition) space. For me the work is about the idea of a cloud inside a space and what people project onto it. You can see them as a sign of misfortune or an element from a classical painting. There is something ungraspable about clouds: it might explain why people have been projecting so many meanings and myths upon clouds for centuries.

RP: And how important are the locations, or ‘the siting’ of your artificial clouds for you?

BS: The spaces you could say function as a plinth for the work and provide a scenario. They are all used as exhibition spaces in some way and therefore relate to the artwork, and to the history and tradition of that location. I am chasing representations of an ‘ideal’ space, and the cloud works are also a way for me of questioning this. You could ask yourself which one is more important; is the work about the cloud or the space it inhabits? And which is more significant? I like to ask myself whether the works are able to change a space, or the way we look at that space after the cloud has evaporated. And there is only the document of something that happened.

RP: There is something almost metaphysically about your conjuring clouds in interior spaces? Are you intentionally wanting to address notions of the abstracted coming into contact with the real?

BS: It is an image of the seemingly impossible. Placing a natural phenomenon in an unnatural context can appear threatening in itself; as an unknown message. I was curious to find out what it would be like to encounter a cloud inside a space. I imagined walking in an empty museum hall and there was nothing to see except for a cloud hovering in the corner of the room. Initially I wanted to create an image of ultimate disappointment as a counterbalance to what we would expect to find in a classic museum hall.

RP: Why do you think the images become so appealing to an audience?

BS: Maybe there is something universal and timeless about the works which is perhaps why so many different viewers have engaged with them.

RP: The version of the work that proves so successful, are Nimbus 2010, Cloud in Room, Nimbus II 2012, and Nimbus Dumont, 2014; essentially because of the weight and density of the ephemeral object. Are you conscious of such details, in relation to your placing them in interior spaces?

BS: Sure, the density, size, shape and height is something I carefully consider and adjust. They have to have a certain weight and dominance. In order to be able to relate to the work (mentally and physically), and the proportions between the cloud, and the space have to be right. In a way it is like how classic landscape painters used their clouds as a tool for creating the right atmosphere. The light, reflections and shadows are all part of it.

RP: And what of last year’s commissioned Iconoclouds 2013 works for Harper’s Bazaar. In which you picture Karl Lagerfeld and Donatella Versace beside your cloud works; were you entirely happy with the introduction of figures into those spaces; challenging the existing aesthetic?

BS: It was a successful experiment and a challenge to incorporate another (iconic) character into the work. I was curious to see if the work could function as a portrait.

RP: You have expressed your interest in capturing ‘hope’ and ‘fragility’ in your work; what draws you to such evanescent conditions; especially in relation to the permanence of some of your other works?

BS: Many of my works seem to be functioning but are often determined to fail. Just as that cloud is building up and falling apart at the same time. Whether it is material based, physics, or based on our perspective as a viewer. The prospect is often just a facade in my work dealing with questions about perfection and the ideal. It is either denying itself (as the ‘Kammerspiele’ works) or is so delicate that it will break. It falls short and shows its impermanence. There is always a limit to the work and then it falls apart. The ideal and transience are connected in that sense.

RP: You appear to apply such a considered sensitivity to everything you do; are you conscious of that?

BS: An in between state appeals to me as it doesn’t have a function yet, and is therefore open for interpretation. There is not yet a finished outcome we can relate to. Transition shows traces of history and a future vision.

RP: Can you explain some of your other key works?

BS: In 2009, I participated in a residency in Askeaton, one of Ireland’s oldest communities, and discovered that in the 1840’s many of the town’s residents immigrated to Wisconsin and set up a new town Askeaton. The first image of Askeaton, WI, on Google Street View was of a lone red barn by the side of a road, while Askeaton, Ireland had not been captured by Google for Street View yet. I constructed a copy of the façade of the red barn in Askeaton, WI and placed this ‘prop’ along the main road in Askeaton, Ireland. I was hoping that if the Google photocar would come by to capture the original town, this image would be picked up and the street view of both towns would then depict the same barn. In 2012 Google completed this work by depicting the barn facade in Askeaton, Ireland on Street View. I like the idea of transition by taking an object from online and placing this in the ‘real world’ where it would be captured and eventually placed back on the web. It questions reality.

RP: You have talked previously and very eloquently of the origins of works like Gamut 2014, in which you exaggerate the visual significance of passé postcards. What are those images alluding to for you?

BS: With the permission of the US in the early 1900’s to print the word ‘Postcard’ on the backside of the card, it was allowed that we could write on this side, leaving the front just for the image. This image started to function as a souvenir from a ‘different world’ the exotic, the ideal. It became a projection of our cultural way of looking at the landscape. A cut-out perfect landscape without disorders. I like this idea of desire in a postcard even though they are almost extinct in this age. They are a mediator between our expectations and reality.

RP: What is the relationship of the Gamut works to the Kammerspiele 2013 installation?

BS: Both are based on the imagery of postcards which represent landscapes, but used in a way as panoramic images or wall murals functioned in old houses. Kammerspiele deals with the suggestion of an interior or the parts of it. White tiles are blocking the idealistic views represented, creating a friction between the ideal and the functional. Gamut consist of printed wooden pillars. The prints of landscapes seem to dissolve almost into the wood leaving the grains visible. The pillars are carrier and referring to construction.

RP: You appear to have a ‘mastery of scale’ about your works aswell; as you efficiently go from works like Sarcophagus Americanus 2006, to the miniatured precision of When the world is green 2007. How do you determine the visual weight of a work?

BS: A model is straight forward and represents a larger idea we could mentally relate to. Other works require an almost human size to be able to relate to the work, as with the clouds for instance. It’s all about proportions.

RP: Are the majority of your works ideas lead, or is what you do determined more by ‘scale’ and ‘materials’?

BS: Both I guess. A location often determines the scale already. I am also a material freak and I love to build things.

RP: Is there such thing as a ‘coded’ nostalgia about your works; with your use of postcards and large scale photographic prints?

BS: Definitely. You could even say there is something picturesque about them. I am interested in how we perceive and represent the ideal and give meaning to this.

RP: With your conjuring of clouds and your constructing of illusionistic landmarks, are you more magician than artist?

BS: I don’t have any magic to give I just put things in a different order, I think that is what artists do.

RP: Are your influences entirely visual?

BS: Associations start visually most of the time. I also like what Bruno Latour described as an Iconoclash. It’s about the duality that occurs, interpreting a certain situation or image. In these circumstances it is impossible to determine what exactly is going on. There is a moment of friction, a clash between different value and truths that brings uncertainty. You cannot really tell if you should interpret the situation as negative or positive.

RP: What are you working on now?

BS: I am working on a proposal for public artwork and I want to make a book. 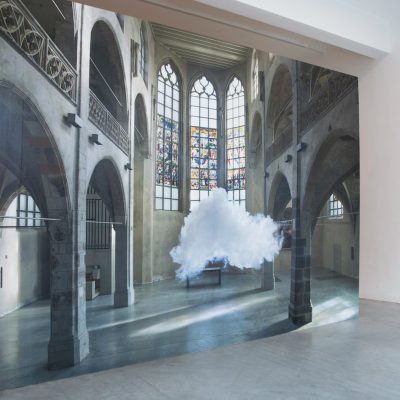 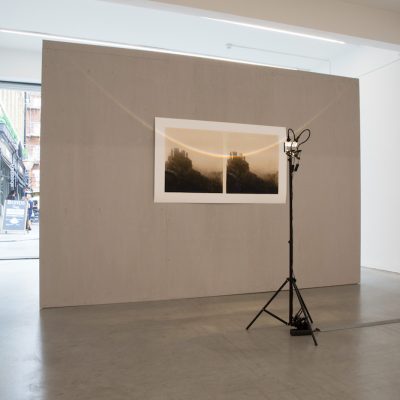 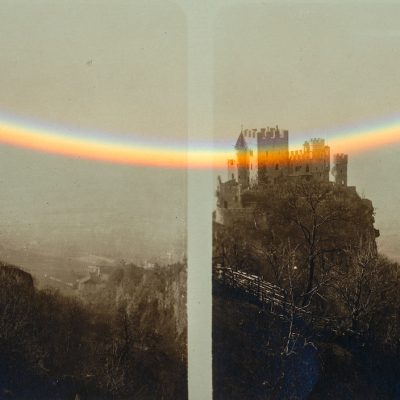 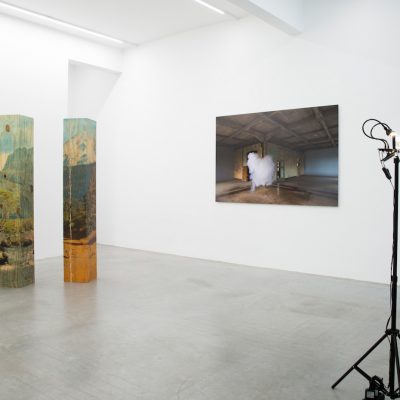 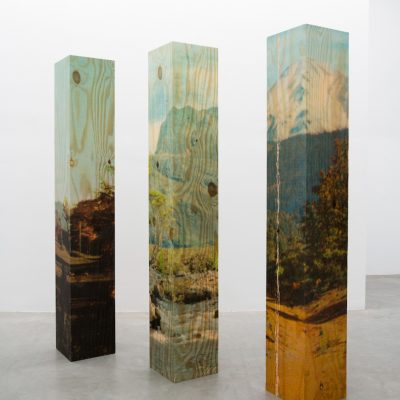 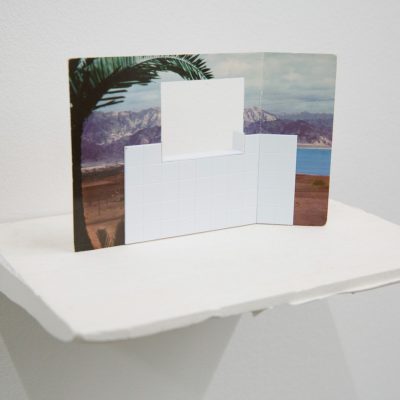 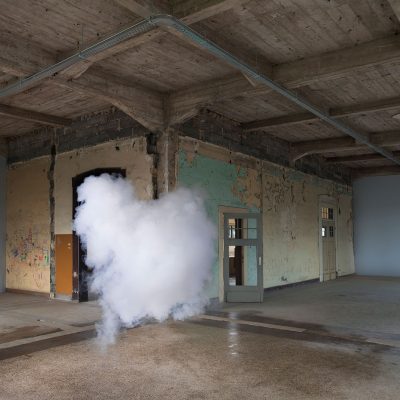 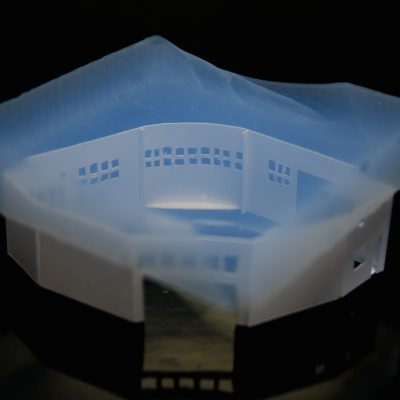 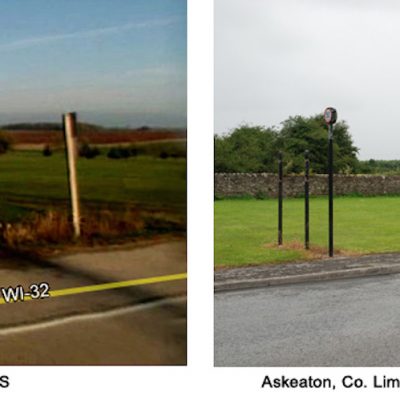 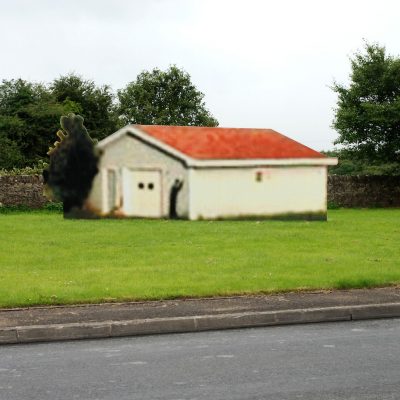